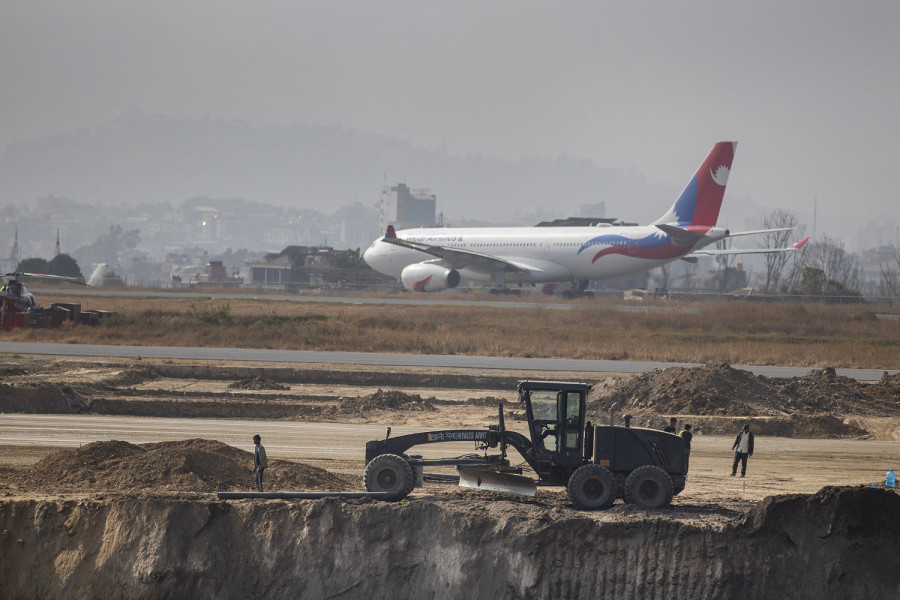 It was not too long ago that there was a high demand for pilots globally. The outlook was good. When Boeing released its 2013 Pilot and Technician Outlook, it predicted the need for nearly 500,000 airline pilots by 2032. According to the company, this was an increase on previous forecasts for nearly all regions, except Europe. The report also predicted the need for 556,000 new commercial airline technicians.

Within weeks, the COVID-19 crisis grounded most of the global airline industry. The forecast is a minimum of 8,000 grounded planes by September which could result in 90,000 unemployed pilots worldwide. No doubt, it will take several years for air travel to return to pre-virus levels thereby impacting the job market for aviators and other aviation personnel.

Here are some examples of the impact of COVID-19 on the pilots:

-Virgin Atlantic has fired more than 3000 people including 600 Pilots.  Virgin Australia has filed for bankruptcy

-Ryannair will cut 3,000 jobs as the coronavirus crisis drags on.

-Delta is reducing capacity by 40% in the next few months

-KLM has announced that it will cut up to 2,000 jobs out of its 33,000 workforce to deal with the impact of the coronavirus pandemic.

-Norwegian Air completely stops its long-haul activity. The 787s are returned to the lessors. 4.700 aircrew (1,570 pilots and 3,130 cabin crew) were laid off. The company has said it will run out of cash by mid-May.

-Wizz Air returns 32 A320s and lays off 1,200 people, including 200 pilots, another wave of 430 layoffs planned in the coming months. Remaining employees will see their wages reduced by 30%.

-Emirate grounds 38 A380s and cancels all orders for the Boeing 777x (150 aircraft, the largest order for this type). They “invite” all employees over 56 to retire.

-IGA/British Airways is set to cut up to 12,000 jobs for its 42,000 strong workforce due to the collapse in business due to the coronavirus

-Luxair reduces its fleet by 50% (and associated redundancies)

-Brussels Airline reduces its fleet by 50% (and associated redundancies)

-So far more than 20,000 United Airlines employees have volunteered for unpaid leave of absence.

Many of the airlines are on the brink of bankruptcy. The air transport industry is on life support!

On the other hand, Tribhuvan International Airport ((IATA: KTM, ICAO: VNKT, colloquially referred to as TIA) is an international airport located in Kathmandu is busy in maintaining itself.
While we are at home in lockdown and waiting for it to open up, our airport authorities are working hard to improve the facilities at the airport noticeably so that once the Domestic and International flights start operating it will be easier for all of us in the trade to serve our guests smoothly. Some of the improvements are given below : 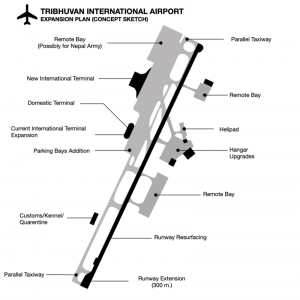 1. The runway has been increased by 300 meters, before it was 3000 m now it became 3300m.
2. International standard parking bay are now 13. Previously we had 9.
3. 6 new departure boarding gates have been introduced and old one demolished.
4. Immigration area floor is polished and looks very shiny and glittering.
5. After baggage claim passenger will get new covered walkway directly to the parking area. Arrival walkway and parking areas will have lots of restaurants and other facilities.
6. Demestic old terminal building renovation is going on and hopefully when airport will open for commercial flight we could see the visible changes.
7. The new extension of international terminal will be towards west and south side.
8.  After few months new arrival entry from aircraft paking side going to be introduced with new Health desk.
Whatever the situation be, there is always light at the end of the tunnel. Sometimes there may be no light at the end of the tunnel, but there’s certainly enough air, enough oxygen for you to keep going. And you must keep going, because that is your duty.
Stay safe, satay healthy and let your dream take flight.
Total Page Visits: 185 - Today Page Visits: 1
administrator
Message
Previous article
Nepal in Post Covid-19: Change to Champion in Tourism
Next article
Entrepreneurship & MSMEs in the Context of Covid-19 Pandemic